A Hug in a Mug

Over 60% of adult Americans drink coffee, spending an estimated $40 billion on the delicious brown nectar each year. That’s a lot of people who don’t want you to talk to them until they’ve had their morning cups of joe. We often hear about the negative aspects of consuming the magic bean juice, but there may actually be benefits from indulging in the drink. 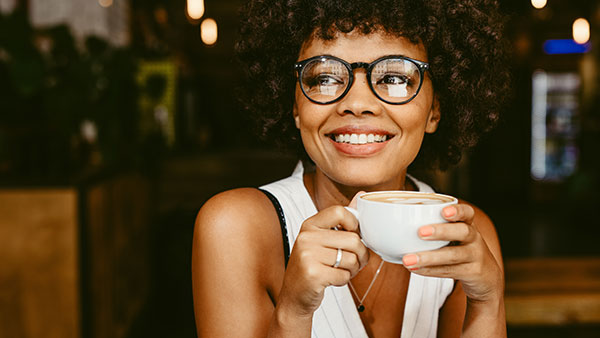 Imbibing in java in excess can lead to restless nights and jittery days, but according to Healthline, “not only can your daily cup of joe help you feel more energized, burn fat and improve physical performance, it may also lower your risk of several conditions, such as type 2 diabetes, cancer and Alzheimer’s and Parkinson’s disease.” EatingWell advises using caution with French press style coffee, because it can contain “higher levels of cafestol, a compound that can increase blood levels of LDL (“bad”) cholesterol.” They recommend using a filtered coffee maker instead. They also state “researchers found that coffee drinkers were less likely to die from infections, injuries, accidents, respiratory disease, diabetes, stroke, and heart disease.”

Drinking too much coffee can lead to stomach upset in some people, but research shows “coffee, wine, and tea all helped improve people’s gut bacteria.” Lecia Bushak at Medical Daily explains this research a little more to say “in addition to wine, coffee, and tea, other foods that help the gut are often referred to as probiotics, which can include yogurt, fermented cabbage (and anything fermented, really), kombucha, and miso soup. Eating a variety of these, and steering away from foods heavy in salt, sugar, and fat, will improve your intestinal health.” So, there you have it, drinking coffee as part of a nutritious diet may lead to better guts. If you have a problem with acid that keeps you from drinking coffee as often as you’d like, changing up the roast can help. Darker roasts are gentler on the belly than lighter varieties. Rachel Ehrenberg, Science News, writes “roasting coffee beans doesn’t just impart bold, rich flavor. It also creates a compound that helps dial down production of stomach acid, according to research presented on March 21 at the spring meeting of the American Chemical Society.” So, if post-coffee heartburn is an issue for you, skip the blonde roast in favor of something dark. 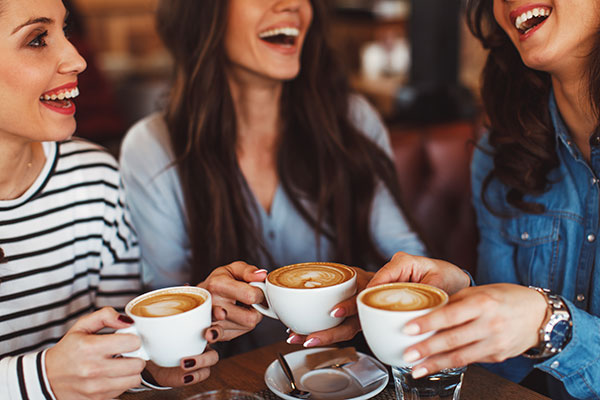 The notion of gathering in shops to enjoy your brew is an old one. Alexia Wulff at Culture Trip writes coffee was “brought to the New World by the British in the mid-17th century. Coffee houses were popular, but it wasn’t until the Boston Party in 1773 that America’s coffee culture was changed forever: the revolt against King George III generated a mass switch from tea to coffee amongst the colonists.” In COFFEE CULTURE Local Experiences, Global Connections Catherine M. Tucker writes “coffee shops retain a reputation as social meeting places, but depending on their location and clientele, may also be places for study, relaxation, or simply to grab an invigorating drink. They appeal to the human desire for social interaction and connection to others, even if one plans to be alone.”

Whether you like to drink alone, or with a group of friends at your favorite coffee house, you’re not alone in your fervent love of java. Now that you know some of the benefits, you can go ahead and enjoy that next cup even more.

About the Author: Jordanna

Jordanna lives in Kentucky. When she’s not hanging out with her cat, she spends her time writing and taking photographs.